Several updates have been announced for Disney Springs, which continues to transform the Downtown Disney landscape. Here are a few updates from this month: 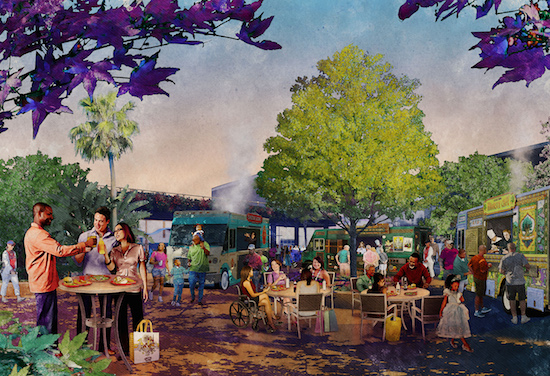 Opening later this month, the Food Trucks at Exposition Park on the West Side will be a permanent home for the owned-and-operated Downtown Disney food trucks. Located along the water, the Food Trucks will serve mouthwatering culinary creations daily, such as chicken & waffles and tandoori spiced shrimp. The area will also offer additional seating for diners as well as shaded areas during the day. 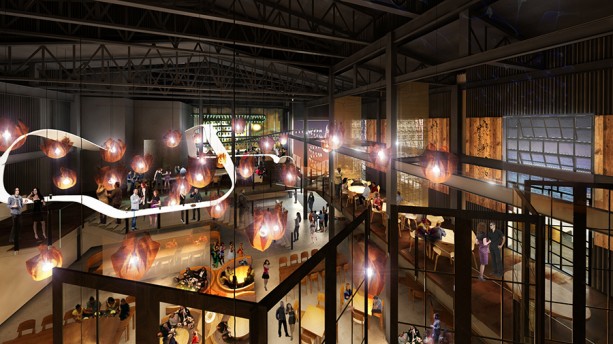 Two new dining experiences, Morimoto Asia and The BOATHOUSE, are coming to Disney Springs at the Walt Disney World Resort. The interior of Morimoto Asia will also showcase the theme and pay tribute to the history of Disney Springs. Located adjacent to the recently announced site for The BOATHOUSE, the Waterview Stage is now offering nightly entertainment, along with great views of Village Lake. Be sure to pick up a Times Guide for specific showtimes.

Chef Masaharu Morimoto, who many of you know from his appearances on Iron Chef America, is opening a one-of-a-kind dining experience in the heart of Disney Springs at the Walt Disney World Resort.

Morimoto Asia will be the Japanese master chef’s first-ever pan-Asian restaurant featuring flavors from across the continent. This Disney Springs dining destination will include unique exhibition kitchens showcasing traditions like Peking duck carving, and dim sum. “I’m very excited to bring this new concept to Disney, something I’ve always dreamed of,” said Chef Morimoto. “It’s a wonderful chance to share some of my favorite foods from across the Asian continent.”

The two-story restaurant is scheduled to open in the Summer 2015 at The Landing (formerly Pleasure Island) in Disney Springs. Morimoto Asia will feature waterside seating, terraces, a grand hall and a cocktail lounge. 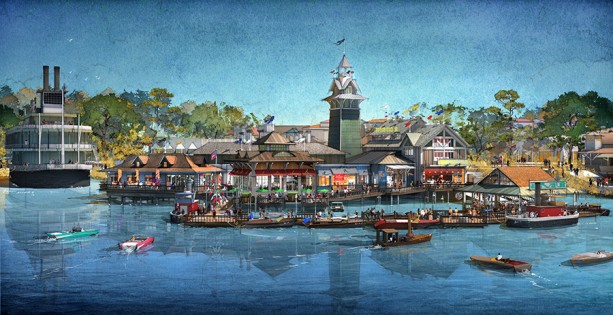 The BOATHOUSE will be an upscale, waterfront dining experience that’ll immerse guests both on land and on water with live music, guided tours aboard the Captain’s piloted 40-foot Italian Water Taxi with champagne and chocolate-covered strawberries and guided Amphicar rides that launch from land, enter the water, and take guests on a 20-minute tour of the landmarks of Disney Springs.

“We are very excited that the BOATHOUSE is joining the Walt Disney World family at Disney Springs,” says creator Steven Schussler. “Walt Disney Imagineering has created a wonderful, interactive, culinary and entertainment experience at Disney Springs. We are proud to be part of this magical experience.”

The BOATHOUSE will open in the Spring of 2015 in Disney Springs. The restaurant’s gourmet menu (served daily until 2 a.m.) will feature steaks, chops, seafood and a raw bar. The BOATHOUSE is the latest project of Schussler Creative, the creators of Rainforest Cafe, T-Rex and Yak & Yeti at the Walt Disney World Resort.

Significant progress is being made on the first phase of Disney Springs known as The Landing. Guests can see for themselves as they stroll along a section of the new pedestrian walkway now open between Portobello and Paradiso 37. Later this month, the walkway will fully open and provide direct access to the West Side.

Speaking of progress, the West Garage (the first of two planned garages coming to Disney Springs) is opening in phases and will be available for guest parking starting on November 20. 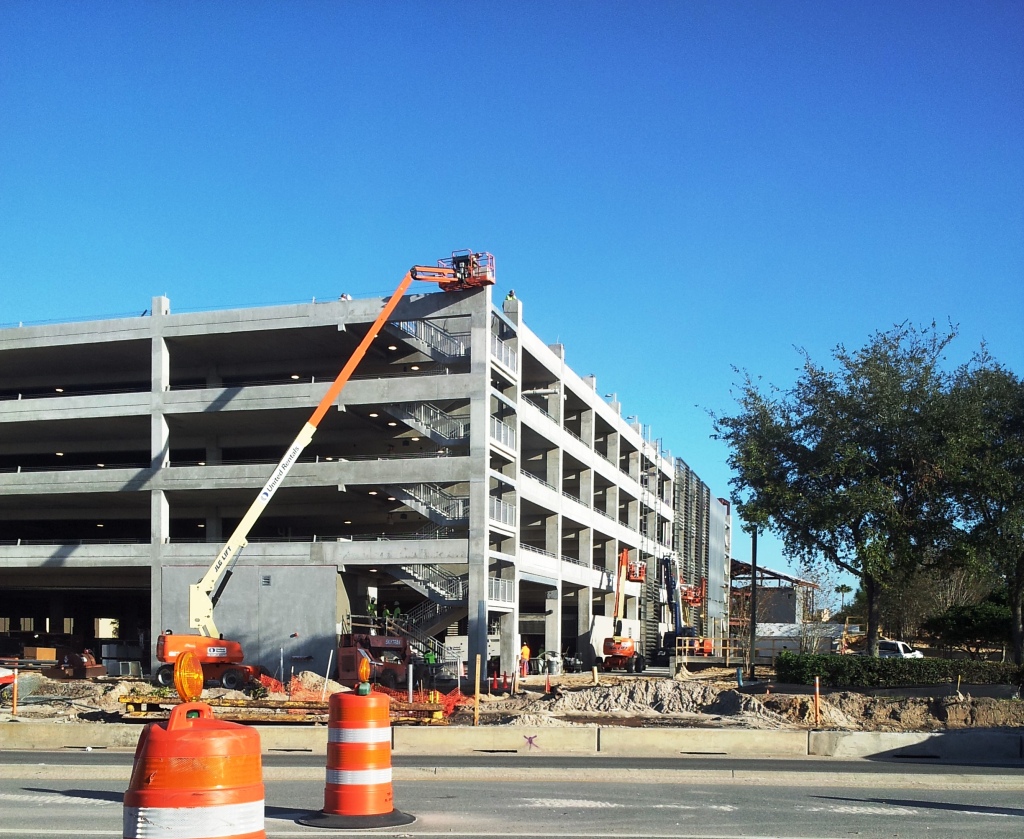 Walt Disney Imagineering recently installed a Springs Bottling Co. Marquee atop the building that will eventually house the Morimoto Asia restaurant. The marquee, which is now part of Downtown Disney’s illuminated nighttime skyline, helps weave the turn-of-the-century theme of Disney Springs through the area, as this building formerly served as Springs Bottling Co., the town’s bottling company. Check out this time-lapse video of how our Imagineers installed the new marquee literally overnight: 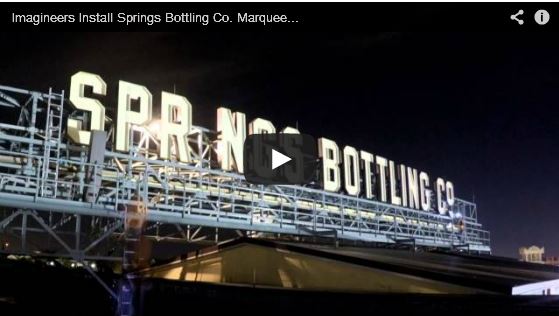