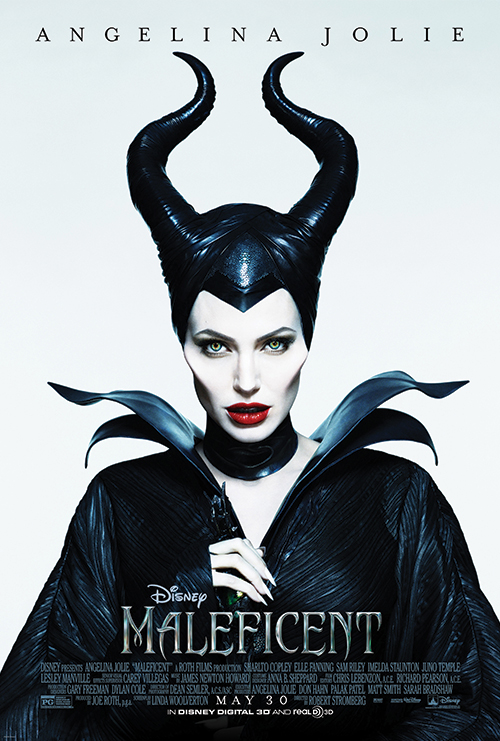 Maleficent /məˈlɛfɪsənt/ is a fictional character and the main antagonist in Walt Disney’s 1959 film Sleeping Beauty. She is the self-proclaimed “Mistress of All Evil” who, after not being invited to a royal christening, curses the infant Princess Aurora to “prick her finger on the spindle of a spinning wheel and die” before the sun sets on her sixteenth birthday. The character is Disney’s adaptation of the wicked fairy godmother from the original French fairy tale.

Maleficent has been called “one of the most menacing villains in the Disney canon”. In Ultimate Disney’s top 30 Disney Villains countdown, Maleficent ranked #1. She also plays a major role as a recurring villain in the Kingdom Hearts series of role-playing games.

Maleficent, the untold story of Disney’s most iconic villain from the 1959 classic Sleeping Beauty, reveals the events that hardened Maleficent’s heart and drove her to curse the baby, Aurora.

Watch out, world. Here comes Angelina Jolie in her most evil role yet!

The Oscar-winning actress transforms into the Disney villain Maleficent for a live-action film due next summer, and the trailer for the highly-anticipated flick hit the Web November 14th.

Check out the new poster Disney released, too, showing Jolie in her horned, glowing eyed glory.

Maleficent will be in theaters May 30, 2014 and co-stars Sharlto Copley and Elle Fanning as Princess Aurora aka Sleeping Beauty.