My wife and I were able to preview the Disney movie, Alexander and the Terrible, Horrible, No Good, Very Bad Day. The movie was great; something I’d consider family-friendly and we would definitely share with our kids. What we didn’t know though, was that this movie was the first to receive the Common Sense award, a first of its kind award that recognizes films as being enriching to kids and families (something the Peeks definitely like!)  The following is the 10/8/14 announcement… 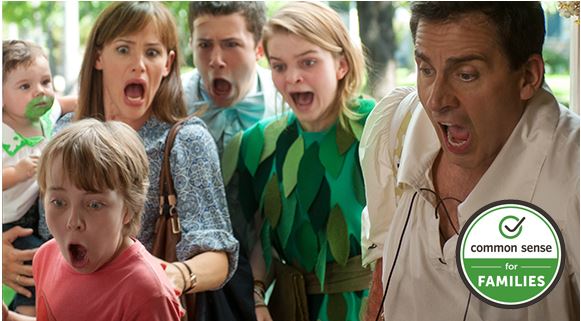 Common Sense Media, the nation’s leading nonprofit organization dedicated to helping kids thrive in a world of media and technology, recently announced the Common Sense Seal, the first honor of its kind to recognize and champion films that delight families with enriching stories and to encourage studios to make more excellent family content that appeals across generations. Since 2003, Common Sense Media has been helping families discover great media through its library of independent, age-based ratings and reviews, and the Common Sense Seal will honor the best of the best in family movies as they make their theatrical debuts. The movies that receive this recognition will meet Common Sense Media’s highest standard based on overall quality in addition to worthwhile themes, positive messages and role models.

Disney’s Alexander and the Terrible, Horrible, No Good, Very Bad Day, scheduled for wide release on October 10, is receiving the inaugural Common Sense Seal. Based on Judith Viorst’s classic book by the same name, Alexander is a stand-out, engaging movie that kids and parents will enjoy together, with important messages about learning to appreciate the good days along with the bad, and staying positive and sticking together in the face of adversity. The film offers plenty of funny jokes for parents and kids, as well as enough action and laughs to keep everyone entertained.

“We don’t see enough great movies with positive role models and messages that make parents feel like a trip to the movies is time well spent together—and we think families deserve better,” Jim Steyer, founder and CEO of Common Sense, said. “The Common Sense Seal will recognize the best in family movies with a goal of inspiring studios to create more films that kids and parents can enjoy together. It’s fitting that a Disney movie should be our first recipient, given the Studio’s commitment to making quality family films like Alexander.”

“At Disney we believe in making quality entertainment that families can enjoy together, and Alexander and the Terrible, Horrible, No Good, Very Bad Day is not only a great film for families, but it highlights what it means to be a family,” Alan Horn, chairman of The Walt Disney Studios, said. “We’re honored that it has been chosen by Common Sense Media for this inaugural seal celebrating its positive message for audiences.”