Shanghai Disney Resort, the first Disney resort in Mainland China and the sixth worldwide, celebrated its historic Grand Opening June 16th, culminating one of Disney’s most ambitious projects ever. Bob Iger, chairman and chief executive officer of The Walt Disney Company, celebrated the opening of the one-of-a-kind vacation destination with thousands of distinguished guests, celebrities and Chinese officials.

“The grand opening of Shanghai Disney Resort is a celebration of creativity and collaboration, a triumph of imagination and innovation, and a testament to the strong partnership between Disney and China,” Iger said. “Together we have created an extraordinary destination, a magical place unique in all the world, where East meets West, the past meets the future, and anything is possible for those who believe. It is our sincere hope that this spectacular place will inspire wonder and create joy for the people of China for generations to come.” 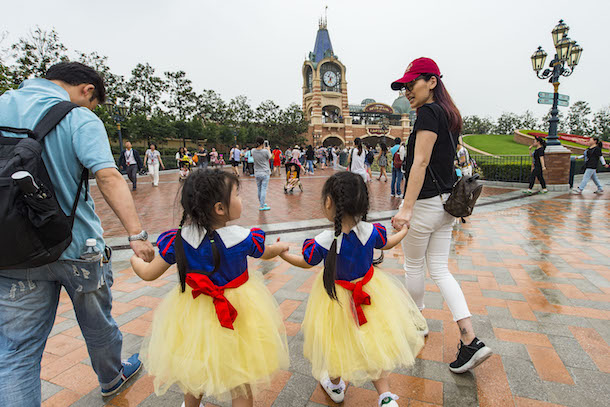 Honoring the Disney-Chinese partnership that created this resort, Iger and Chinese officials cut a red-and-gold ribbon to dedicate Shanghai Disneyland, the resort’s magnificent theme park. Joining Iger were Wang Yang, CPC Politburo Member and State Council Vice Premier, and Han Zheng, CPC Politburo Member and Party Secretary of Shanghai. Iger also shared a greeting similar to the one Walt Disney said on opening day for the original Disneyland, in 1955: “To all who come to this happy place, welcome.” 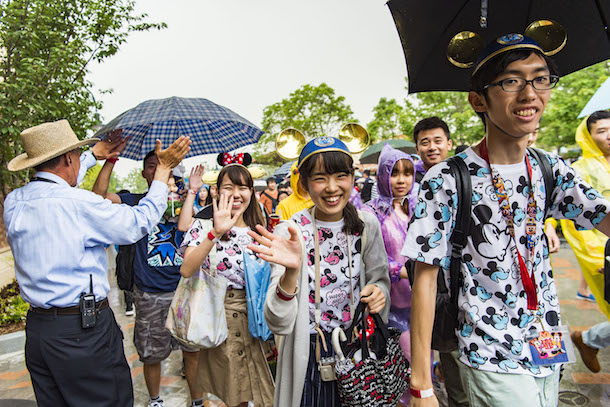 The Grand Opening ceremony marked the moment with music, pageantry and a stream of Disney characters, from Mickey Mouse and Snow White to Baymax and Jack Sparrow, in front of the iconic Enchanted Storybook Castle. A multi-generational choir performed a unique version of the Disney song, “When You Wish Upon a Star,” arranged in a Chinese style to reflect the balance of Disney magic and China’s cultural spirit at Shanghai Disney Resort. The ceremony also featured six performers holding enormous, brightly colored fans to represent the six lands of Shanghai Disneyland. 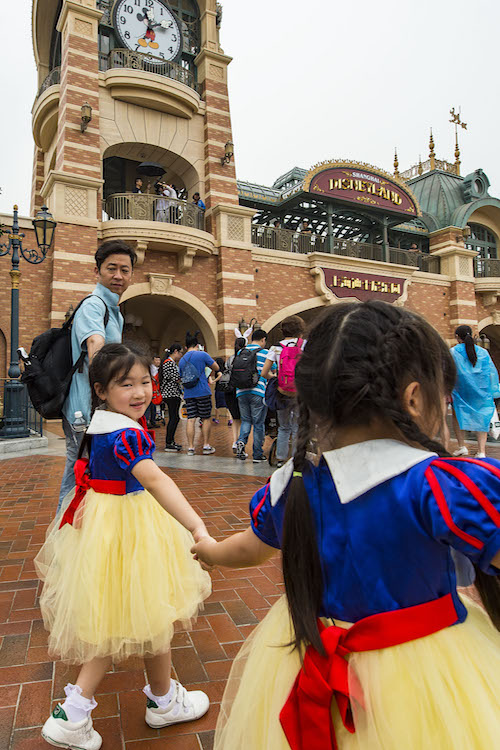